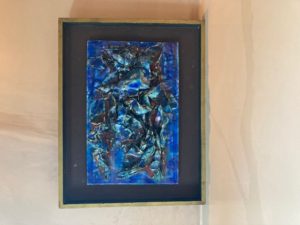 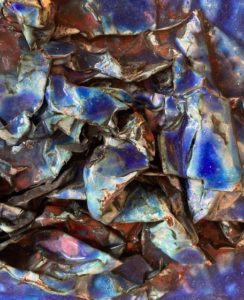 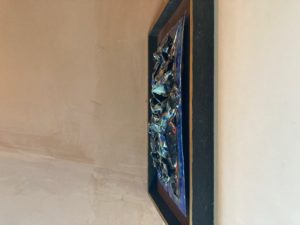 Guy Krohg was a Norwegian painter, illustrator and scenographer. He was born in Kristiania, the son of painter Per Krohg and grandson of Christian Krohg and Oda Krohg. He was married to Lilian Smith from 1940, and to actress Sossen Krohg from 1949. He is represented at the National Gallery with Vintersol from 1954 and other works. He worked for a number of theatres, including Oslo Nye Teater, Studioteatret, Det Norske Teatret and Nationaltheatret. In 1995 he published a biography of his father. An interesting example of his work. Coloured enamel abstract plaque titled Experiment 1 and dated 1960.