Go Back All Stock All Objects 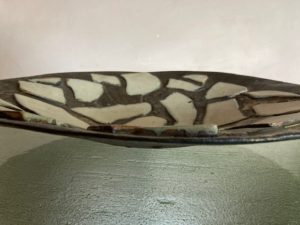 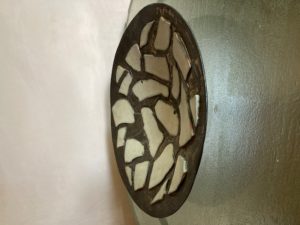 A stunning large ceramic charger with relief flattened geometric forms by the British ceramicist Val Barry 1937-2018.  Val had a solo exhibition in Gallery 273, Queen Mary’s College in 1971 where we believe this charger was exhibited. Throughout the 1970’s and 80’s her work was well received and taken into collections by a number of international museums including the V&A. She was awarded a Gold medal in the 1975 Florence International Ceramics Competition. As well as solo exhibitions, she also exhibited in Hong Kong with Bernard, David and Janet Leach, Michael Cardew and John Matby among others.  She was influenced and inspired by Oriental aesthetic and jade like shapes, which can be seen in this piece of her work. A rare and unique piece very decorative and collectable.